A Detailed Proof of the Riemann Mapping Theorem

A Detailed Proof of the Riemann Mapping Theorem 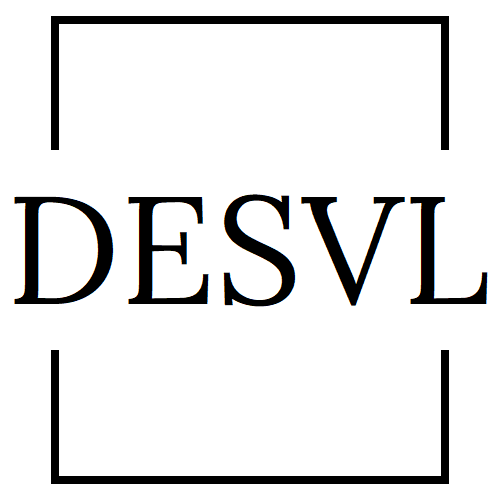 Is intended to supply a detailed proofs of the Riemann mapping theorem.

Fortunately the proof can be found in many textbooks of complex analysis, but the proof is fairly technical so it can be painful to read. This post can be considered as a painkiller. In this post you will see the proof being filled with many details. However, the writer still encourage the reader to reproduce the proof by their own pen and paper. The writer also hopes that this post can increase the accessibility of this theorem and the proof.

However, there is a bar. We need to assume some background in complex analysis, although they are very basic already. Minimal prerequisite is being able to answer the following questions.

Despite of the prerequisites, we still need some preparation beforehand.

There are a lot of good properties of simply connected region, which will be summarised below.

Proposition 1. For a region (open and connected subset of \(\mathbb{R}^2\)), the following conditions are equivalent. Each one can imply other eight.

5~9 are pretty much saying, calculus is fine here and we are not worrying about nightmare counterexamples, to some extent. Most of the implications \(n \implies n+1\) are not that difficult, but there are some deserve a mention. 4 implying 5 is a consequence of Runge’s theorem. In the implication of 7 to 8, one needs to use the fact that \(\Omega\) is connected. When we have \(f=\exp{g}\), then we can put \(\varphi=\exp\frac{g}{2}\) from which we obtain \(f=\varphi^2\). 9 implying 1 is partly a consequence of the Riemann mapping theorem. Indeed, if \(\Omega\) is the plane then the homeomorphism is easy: \(z \mapsto \frac{z}{1+|z|}\) is a homeomorphism of \(\Omega\) onto \(U\). But we need the Riemann mapping theorem to give the remaining part, when \(\Omega\) is a proper subset.

If you know the definition of sheaf, you will realise that \((\mathbb{C},H(\cdot))\) is indeed a sheaf. For each open subset \(\Omega \subset \mathbb{C}\), \(H(\Omega)\) is a ring, even more precisely, a \(\mathbb{C}\)-algebra. The exponential map \(\exp:g \mapsto e^g\) is a sheaf morphism. However, we now see that it is surjective if and only if \(\Omega\) is simply connected. I hope this can help you figure out an exercise in algebraic geometry. You know, that celebrated book by Robin Hartshorne.

Since we haven’t prove the Riemann mapping theorem, we cannot use the equivalence above yet. However, we can use 9 right away. This gives rise to Koebe’s square root trick.

Equicontinuity is quite an important concept. You may have seen it in differential equation, harmonic function, maybe just sequence of functions. We will use it to describe a family of functions, where almost uniform convergence can be well established.

These concepts are talking about “a family of” continuity and boundedness. In our proof of the Riemann mapping theorem, we do not construct the map explicitly, instead, we will use these concepts above to obtain one (which is a limit) that exists. In this post we simply put \(X=\Omega \subset \mathbb{C}\), a simply connected region and \(d\) is the natural one.

Theorem 1 (Arzelà-Ascoli) Let \(\mathscr{F}\) be a family of complex functions on a metric space \(X\), which is pointwise bounded and equicontinuous. \(X\) is separable, i.e., it contains a countable dense set. Then every sequence \(\{f_n\}\) in \(\mathscr{F}\) has then a subsequence that converges uniformly on every compact subset of \(X\).

Here is a self-contained proof.

Certainly it is OK to let \(X\) be a subset of \(\mathbb{R}\), \(\mathbb{C}\) or their product. We use this in real and complex analysis for this reason. We will need this almost uniform convergence to establish our conformal map. To specify its application in complex analysis, we introduce the concept of normal family.

Proof. We need to show that \(\mathscr{F}\) is “almost” equicontinuous, since uniformly boundedness clearly implies pointwise boundedness, we can apply Arzelà-Ascoli later.

Remarks. We have no idea what the limit is, and this happens in our proof of the Riemann map theorem as well.

Is another important tool for our proof of the Riemann mapping theorem. We need this lemma to establish important inequalities. This lemma as well as its variants show the rigidity of holomorphic maps. We make use of the maximum modulus theorem. For simplicity, let \(H^\infty\) be the Banach space of bounded holomorphic functions on \(U\), equipped with supremum norm \(\| \cdot \|_\infty\).

There are many variances of the Schwarz lemma, and we will be using Schwarz-Pick.

Conformal mappings preserves angles in a reasonable way. A function \(f\) is conformal if it is holomorphic and \(f'(z) \ne 0\) everywhere. We have a theorem describes that, but it is pretty elementary so we are not including the proof in this post.

Theorem 6 (Riemann mapping theorem). Every proper simply connected region \(\Omega\) in the plane is conformally equivalent to the open unit disc \(U\).

As a famous example, the upper plane \(\mathbb{H}\) is conformally equivalent to \(U\) by the Cayley transform.

As one may expect, this theorem asserts that the study of a simply connected region \(\Omega\) can be reduced to \(U\) to some extent. But a conformal equivalence is not just about homeomorphism. If \(\varphi:\Omega_1 \to \Omega_2\) is a conformal one-to-one mapping, then \(\varphi^{-1}:\Omega_2 \to \Omega_1\) is also a conformal mapping. In the language of algebra, such a mapping \(\varphi\) induces a ring isomorphism \[\begin{aligned}\varphi^\ast:H(\Omega_2) &\to H(\Omega_1) \\ f &\mapsto f \circ \varphi\end{aligned}\] Therefore, the ring \(H(\Omega_2)\) is algebraically the same as \(H(\Omega_1)\). The Riemann mapping theorem also states that, if \(\Omega\) is a simply connected region, then \(H(\Omega) \cong H(U)\). From this we can exploit much more information on top of homeomorphism. One can also extend the story to \(S^2\), the Riemann sphere, but that’s another story.

The Proof by Arguing A Normal Family

This step shows that we can “enlarge” the range in some way.

Step 3 – Find the Function with Largest range, Namely the Disc

We take the contraposition of step 2:

This proof is a reproduction of W. Rudin’s Real and Complex Analysis. For a comprehensive further reading, I highly recommend Tao’s blog post.