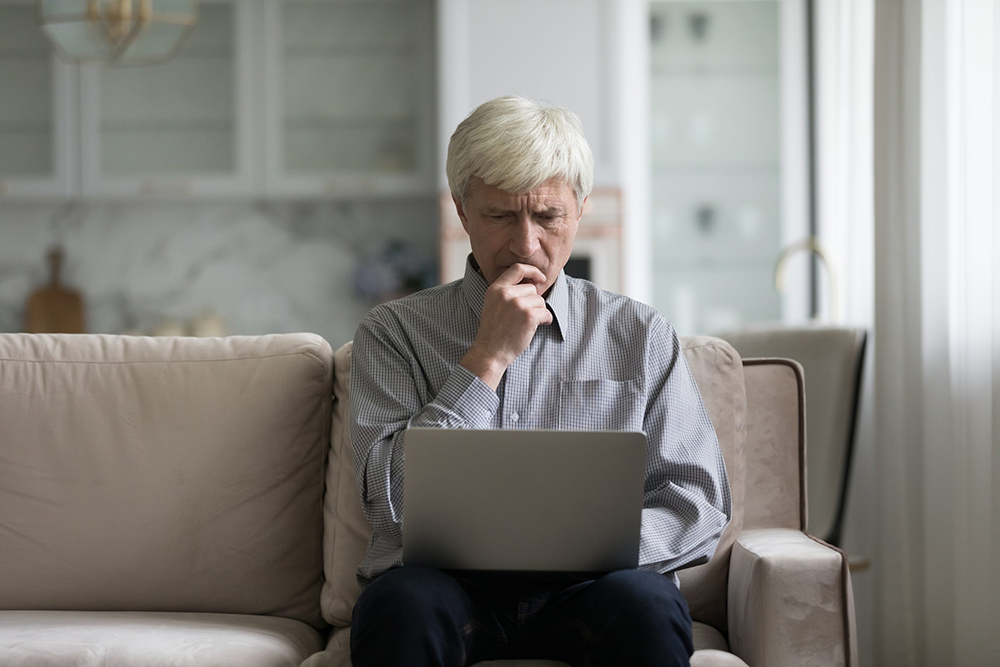 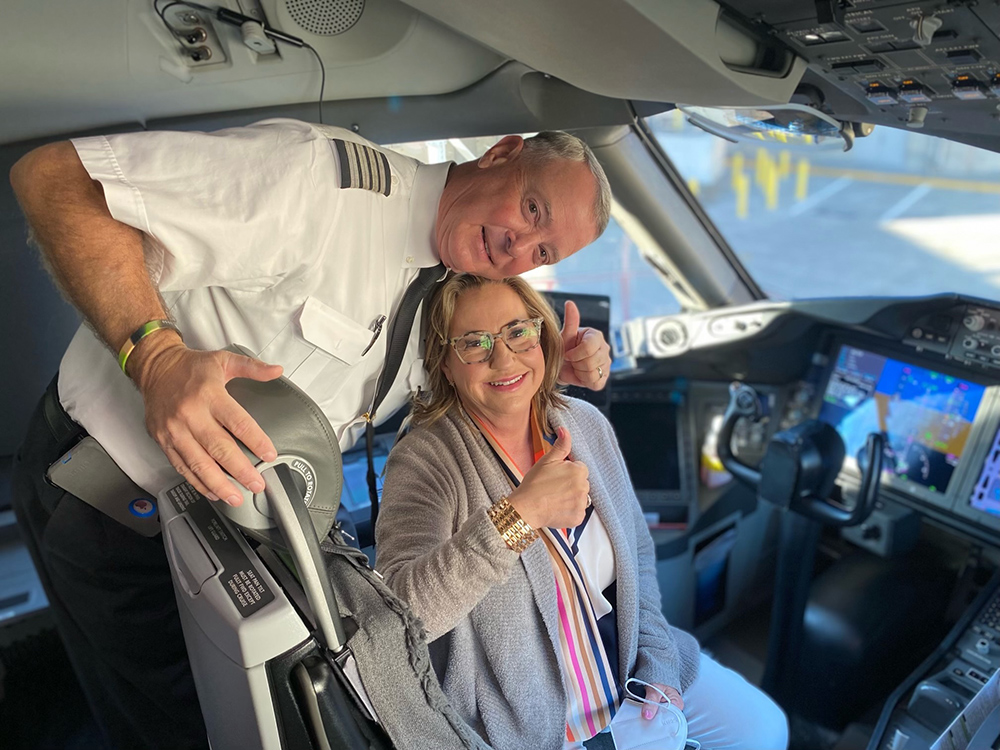 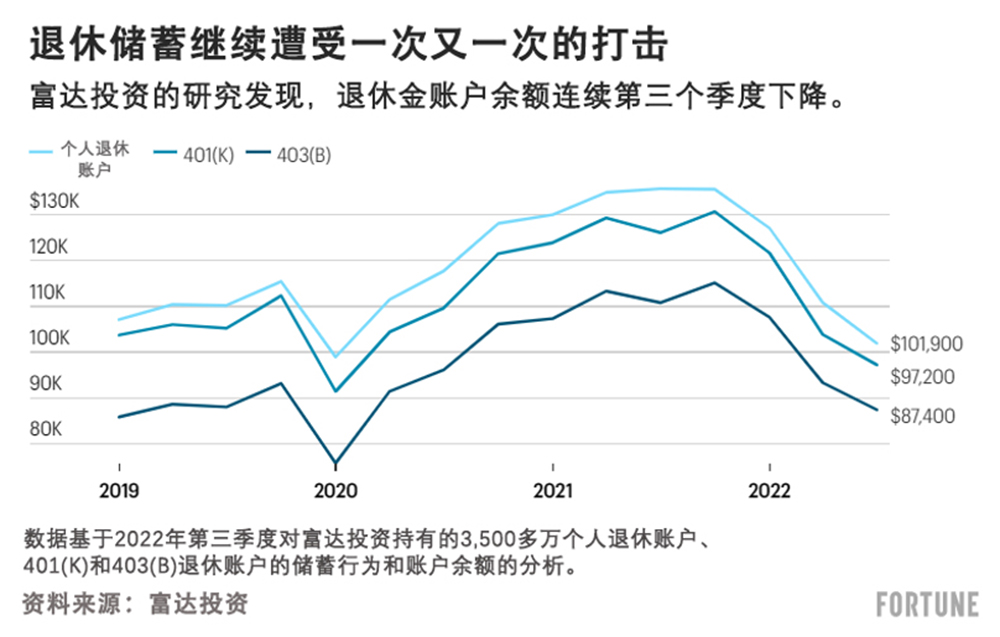 Anita Cowles planned to be on a river cruise in Europe next year, taking in the sights and sounds of vibrant cities, sprawling palaces, and medieval fortresses thousands of miles away from her Alabama hometown.

She and her husband, Russell, then planned to undertake a three-month roadtrip in their new RV. Those are just two of the many trips the couple were planning after Russell retired as a pilot from American Airlines in February when he turned 65.

But all of that has been put on hold in part because of high gas prices, higher consumer goods prices, and a market downturn that’s wiped out about a quarter of the couple’s retirement savings. Since February, the couple’s investments have lost about $500,000 in value, Anita, 63, tells Fortune.

“That’s a big chunk of our retirement,” Anita says. “It’s extremely scary. We thought that we would be doing some traveling this year, but that’s come to an abrupt halt. You want your money to last.”

The Cowles aren’t alone in facing major losses—retirement balances dipped for the third consecutive quarter this year. During the third quarter, the average 401(k) balance at Fidelity dropped an average of 23% from a year ago, according to recent Fidelity Investments research, which handles about 35 million retirement accounts. IRA balances dropped nearly 25% year-over-year and 403(b) account holdings—retirement plans typically used by nonprofits—were down 21%.

While these dips are merely paper losses until investors make withdrawals, the psychological effects are already hitting recent and pre-retirees like the Cowles. “Yes, it is just on paper, but if you keep drawing from that, then it’s going to take even longer to make your money back,” Anita says.

The recent market downturn and rising inflation have given many older Americans pause. Nearly half (49%) of those ages 50 and older report they have already reduced their spending, or plan to do so, as a result of these factors, according to Janus Henderson Investors’ recent Janus 2022 Retirement Confidence Report.

Yet, many are optimistic that inflation and down markets are short-term challenges. A majority of older Americans (60%) believe the S&P 500 Index will be higher one year from now, according to Janus. And that tracks, given that baby boomers are a generation that has generally recovered nicely from economic shocks in the past—especially compared to other generations. While baby boomers experienced the Dot Com bubble in the late 1990s and the stock market and housing crash of 2008, the generation holds about $73 billion, or about 51% of all the U.S. wealth, according to the Federal Reserve. That’s about nine times more than millennials.

“I know that ahead a year or two, I’ll be able to take some of those trips because the money will be back,” Anita says. But there’s still a shadow of uncertainty looming. So in an effort to recoup some of their losses faster, the Cowles have been discussing Russell returning to work as pilot for a smaller airline. Just last week he was interviewing for a role. “He’s considering going back to work because what if it continues?” Anita says.

“Our biggest disappointment really is just the timing of all this,” she says, adding that delaying trips and Russell potentially unretiring are bigger decisions when there are long-term health concerns to weigh. “We are still comfortable,” she adds but says that all of the “extras” like travel and special experiences the couple wanted to be able to do while feeling okay financially about it—now they can’t.

How to weather the storm without coming out of retirement

While the decision to head back to work, even on a part-time basis, isn’t a bad impulse, there are other ways to weather the double whammy of high inflation and a down market that retiring and retired baby boomers are experiencing.

Research from T. Rowe Price finds that retirement savings do hold up over the long haul, even when starting in challenging market and economic periods. A $500,0000 retirement savings in a 60/40 portfolio of stocks and bonds, for example, invested in 1973—a year marked by an oil crisis that kicked off a bear market—still ended up with a balance of more than $1 million at the end of 30 years using a 4% withdrawal rate.

“It’s time to take a step back and do the things that you’re supposed to do,” Kurinec says. The top priority? Reevaluate how much you’re actually spending on a monthly and annual basis. Then figure out where that income is going to come from given the current tough market climate.

Even with that simple exercise, there are a lot of tradeoffs to consider. “The common wisdom is that you should never pull out of your portfolio when it is down,” says Marisa Rothstein, a CFP and personal financial advisor at New York-based Siena Private Wealth.

Kurinec, for instance, recommends his clients build an on-ramp into retirement using a year or two of savings, rather than relying on Social Security or withdrawals from investments. A savings account balance isn’t going to net investors a ton of return, but using these funds now instead of dipping into retirement accounts means that those investments will have a better chance of recovering and you can hold off on claiming Social Security. Less chance of paper losses turning into realized losses.

“If you have a plan in place, then you should be able to weather storms like this,” Kurinec says. “And guess what, this isn’t the last one we’re gonna go through.”

Be realistic about the cost of being a retiree

Going into retirement with realistic expectations is also key. One of the biggest misconceptions about retirement is that Americans need less money in retirement than while they’re working. Wrong, Kurinec says.

Like the Cowles, many Americans want to travel or do all the things they weren’t able to do because they were working. Kurinec says recent retirees he works with typically end up spending 105% to 110% more than what they were spending before they stopped working full-time—and that can last for five or 10 years after retirement.

In that same vein, another huge stumbling block is the idea that retirees are going to automatically be in a lower tax bracket. Again, Kurinec says that generally doesn’t happen right away. “If we’re spending more money, that means we’re taking in more money, which means we’re probably gonna be in an equal, if not a little bit of a higher tax bracket,” he says. Not to mention that the current U.S. tax rates are probably the lowest many Americans are ever going to see.

Kurinec says that while he never tells his clients not to do something, like take a big trip when their portfolio is down 23%, he does stress the potential consequences and the need to perhaps prioritize what’s important. Compromise. Be flexible. Those tenets will serve folks who are retiring into this environment well, he adds. “Everything is fluid. Planning is fluid—things change all the time,” he says.

At the end of the day however, Kurinec stresses the importance of having a plan. “That doesn’t mean every single person needs to work with a financial planner, but you need to have some sort of plan in place and make sure that plan is solid,” he says.

Everybody’s definition of retirement is going to be different, but that’s all going to cost different amounts of money, and it helps to have a good grasp on what you want to do to make that a reality.